You Are Here:HomeNewsNewsJudge rejects conspiracy claim in Philadelphia...

Was it sabotage? A federal judge didn’t think so. He called it a case of the “broker wars” at the Port of Philadelphia.

Ozburn-Hessey Logistics, one of the world’s largest third-party logistics companies, sued when 10 employees left to start a rival U.S. Customs brokerage in Philadelphia.

Customs brokers help importers clear perishable produce through customs inspections at U.S. ports before it is delivered to grocery stores.

Local port officials estimate that 15 percent to 20 percent of all cargo arriving at piers and terminals on the Delaware River, in Philadelphia, South Jersey, and Wilmington, is fresh fruit – bananas, grapes, kiwis, apples, pears, and citrus.

In 2012, the 10 former Ozburn-Hessey employees launched a customs brokerage called 721 Logistics L.L.C., which entered into a joint venture with a West Coast company, J&K Fresh East. 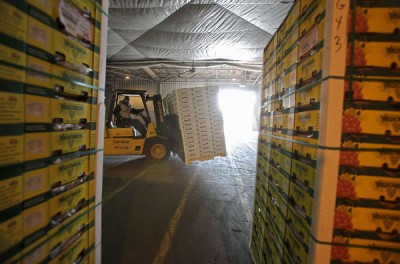 Restrepo dismissed some claims in April. He heard three days of testimony this summer, and ruled Friday that 721 Logistics and J&K Fresh East did not violate the law and were on solid ground in competing.

Ozburn-Hessey, with more than 7,000 employees worldwide and about 139 in Philadelphia, claimed it was crippled by the loss of the workers and sought economic damages of $4.7 million plus counsel fees.

“We have no comment at this point,” Ozburn-Hessey vice president Phillip Corwin said Wednesday.

“This is a David vs. Goliath case and David won,” said Steven K. Ludwig, who led Fox Rothschild’s legal team on behalf of the start-up company.

Ludwig represented Lawrence Antonucci Jr. and many of the other defendants. He argued that the allegedly stolen client contact information was not a protected trade secret but was developed by Antonucci.

“A family business with a group of incredibly hardworking, loyal, competent people set out to provide the best service to customers,” Ludwig said. “Their former employer didn’t like it, and sued them.”

Until the new competitor arrived, Ozburn-Hessey served most of the import companies bringing fruits and vegetables into the Philadelphia port, according to the 28-page court opinion.

The judge ruled that the client information was publicly available on the Internet and in trade publications, and was known to the customs brokerage community.

Antonucci left Ozburn-Hessey in 2009. His non-compete and non-solicitation restrictions expired by Dec. 31, 2011. On Jan. 1, 2012, he contacted nine Ozburn-Hessey employees and recruited them for his new firm.

The client contacts were not “property or trade secrets,” Restrepo ruled. Antonucci “had no intent to cripple” his former employer “or to induce its employees to commit wrongs. He did not target Ozburn-Hessey’s perishables division in order to paralyze it” and “there was no advance conspiracy,” the court said.

The start-up took “core members” from the former employer’s perishables division “at the height” of the 2012 winter fruit season. “That does not constitute unlawful conduct,” Restrepo said.